Good morning from a cool and slightly drier than it has been Foxford. We have had some week of rain and wind. Heavy rain Saturday, rising levels by Sunday and a downpour on Monday, a day of calm and another day of wind and heavy rain on Wednesday, its not so wet now but theres still heavy showers forecast. The river is well up, it peaked at 2.4m at Ballylahan bridge, the highest its been so far this winter. A big change from August when we could walk across it in wellies. We do live in an area that gets a lot of rainfall, levels are high for this early in the winter and if it continues like this I reckon we could see some flooding.

In the past week I’ve also noticed an increase in the number of birds arriving for the winter, a lot of swans and ducks appearing. I was walking along the riverbank the other morning and a flock of very noisy Swans flew low over my head, not a new sighting but lovely to see. It will be interesting to see what happens with the avian flu, I hope it doesn’t do a lot of damage. I cant see the drug companies fighting to find a vaccine!.  Looking at the birds and animals along the river and seeing how they adapt to changes got me to thinking about encounters I’ve had with nature and animals while angling. There has been many but one in particular earlier in the summer is still fresh in my mind, it was for me for me a little lesson in life and tolerance

It was an evening in July and I was fishing alone, I was standing on the bank about a meter above the water level. It was quiet, just the sound of flowing water. I heard a rustle in the under growth below me and I noticed a few leaves of grass moving. Obviously, it was a creature of some sort and nothing new along a riverbank. The rustling continued and every so often after a quiet period it would start again, I was intrigued and fishing was quiet so I had time to observe. I slowly leaned out over the bank to look down, the grass moved a few times but I could not see what was moving it. In a situation like this one has pre conceived notions of what one is going to encounter. Mink, was my first thought, but no, I have seen lots of mink and they generally slip along quietly.

This guy was busy, a lot of moving in one area and although making a reasonable amount of noise was keeping out of sight.  A duckling, it had to be. I had seen a family of ducks’ swim past earlier so this was going to be cute little baby duck. I knelt down and leaned a little further out over the water to see what was creating the racket. You’re right, it was, A Rat and a big one at that. Now, I have no great problem admitting that Rats scare the hell out of me and I don’t like them. Perhaps it all goes back to the plague and the Black Death but there is an inherent dread when I see one. Large sharp teeth, weil’s disease, running up trouser legs, doctor, injections and jump on the bastard all shoot through my mind in a millisecond. On this occasion, I froze. I didn’t freeze out of fear, it was more to do with the reaction of the Rat. She turned her head from what she was doing and gave me a side eyed glance that just said, i’m busy and I don’t need any shit from you. That was fair enough, if she wasn’t going to launch the first attack, I felt confident enough to stand my ground and observe. I was also getting over the initial shock and had my escape planned should things turn nasty. A moment later she ran back under the bank and I figured that was the last id see of her. I was wrong, in less than a minute she appeared again, this time she looked up at me as if to say “Oh your still there” and she carried on with her busy work.

I’m calling it a she because by now I had also come to the conclusion that she was a busy mammy rat looking after a young family. Her instinct to do this was stronger than her interest in personal safety. I’m not a big guy but I was several times bigger than her and was towering over her wearing studded boots.  She was in a vulnerable position but yet she chose to take a chance and trust that I wasn’t going to kill her, it had to be her mothers instinct and I admired her for that. For the next ten minutes I stood and watched, she ran in and out every few minutes busily scurrying around, glanced up to see was I there and carried on regardless. On a couple of occasions id have sworn she tried to talk to me, “fishing must be slow” ,“give me a hand change a few nappies”. It was a moment on a riverbank, an interaction with nature, something more than fishing and catching fish. I don’t like Rats and probably never will, on that occasion we tolerated each other, studied each other and I’m sure formed our own opinions. She probably thinks I’m the average lazy male, standing out fishing while she rares the kids, I just thought how amazing nature is. We both survived, I just hope that now her house is well under water that she doesn’t decide her and the kids should move in with me. 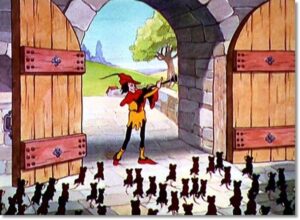