Good morning from a cool but dry Foxford. It’s been another mixed week on the weather front and we certainly had a lot of rain. The river came up a lot on Wednesday and peaked at 3.25m at Ballylahan bridge. Interestingly, I received a little video clip of fish still running a tributary to spawn. It’s late for fish to be still heading up.  I’m hoping it’s a good sign of big numbers and a bright future.

A look forward to the season ahead

It has been a different type of winter than what we wanted but we are slowly getting through it. The time has come to start looking forward to the season ahead. Opening day Feb 1st is within sight now and there’s already a stretch in the evenings. I have a personal opinion that February is to early to open the season and when we still see fish making their way up in mid January it strengthens my belief. I would prefer to see the season extended two weeks into October (C&R if necessary) and opened later (mid March or so). It’s a personal opinion but id welcome debate and would urge the powers that be look into it. That been said,  It’s an old tradition around Foxford to “wet the line” on opening day. Even though they knew the chances of catching a fresh run fish were very slim the locals would always have a few casts. I suppose it was a way of welcoming the new season. It’s falling on a Monday this year so I will try to get out for 20 minutes at some stage. 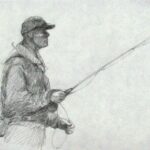 In reality it will be mid March before there is a real chance of success on the Moy but it’s nice to think that we will soon be chasing silver. With all the negativity about at the moment it easy to forget about our sport and the enjoyment we get, the simple pleasures. The first cast and the last cast are the two we always seem to remember but a lot happens on a day at the water and it’s not all catching fish.

It generally begins with an eagerness to get started. The hurried rush to get the rod set up and the quick march across the fields to our “spot”. That’s the spot that we started thinking about the night before when we packed our bag and planned the day ahead. The first cast and the baits in the water, a deep breath and relax. Stress and worry seem to disappear as we become hypnotised by the water, lost in nature. Casts and more casts, takes, misses, bait changes, bait losses, fish showing, fish not showing, rain, wind, sun, rising water, falling water, sometimes with friends and sometimes alone. 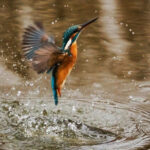 It’s hard to beat that feeling when in the last minutes of light on a spring evening you spot a fresh Springer show in a pool and you know you will be out at first light for another try. The thoughts of why it didn’t take and what it will take, the preparation and anticipation of tomorrow.  A fish is a bonus and its all ahead of us.