The fishing has improved over the past few week’s and considering the numbers of Anglers fishing in the area at the moment, returns are very good. The best fish of the Season so far was landed yesterday (Thursday 27th), the fish weighed at 19lbs and was caught by Rob Sheppard, the fish came from the Armstrong’s fishery just North of Foxford, other good returns have also been reported from the Cloongee, where two visiting anglers “Encountered” 5 spring Salmon “not all landed”. Conditions on the main River are very good, but with very little rainfall for April, the upper stretches are badly in need of some fresh water. 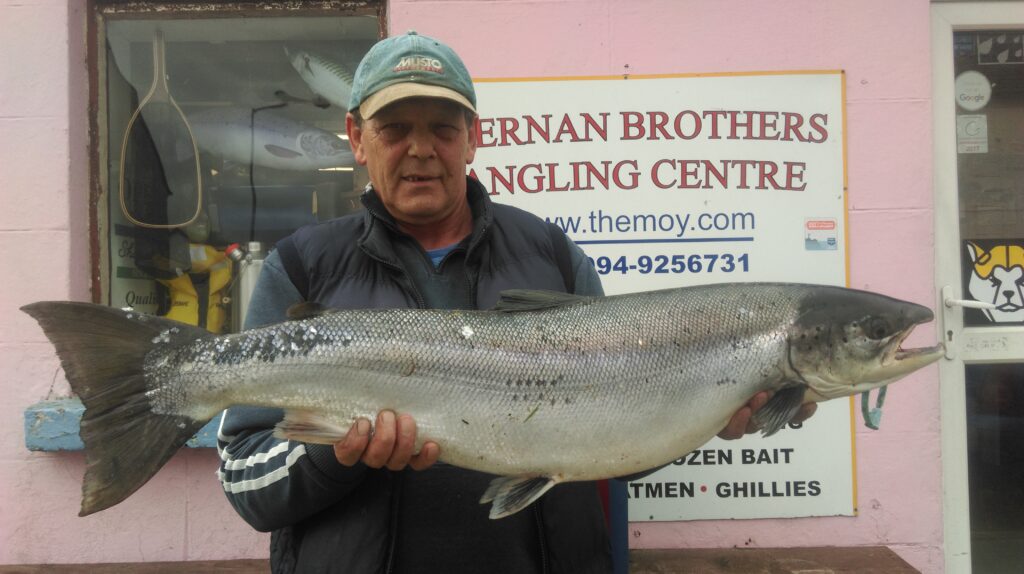 Pic Above: Rob Sheppard with his 19lb fishon the 27th April.